Finding Freedom in A Prison
As the ferry approached Alcatraz, the salty air and trailing seagulls provided a setting of calmness in the midst of anticipation. Some folks pulled out their sketch pads to capture inspiration, while others related stories of childhood field trips. 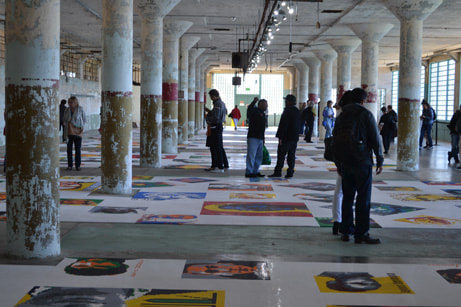 Communities in Crisis Call For Bold Response
This past February, Hospitality House began the process of developing Hospitality House’s Theory of Change (TOC), a one-page strategic framework to guide our organization’s work and decision-making for the future. The project was made possible through the guidance of CompassPoint Nonprofit Services and the sponsorship of the Mayor’s Office of Housing and Community Development.

TOC Workgroup: (back row) Martina Roland, Cynthia Parker-Ohene, Windy Click, Lupe Poblano, Sarah Kent, Shannon Ellis, Jackie Jenks, Christian Castaing (front row) Allan S. Manalo, Jesse James Johnson, Kenya Hatcher, Ivan Vera, Alexandra Holy
This powerful and exciting document was developed over six months and involved a variety of stakeholders, including our participants, community members, staff, and the board of directors.  During the first meeting, a workgroup of staff, leadership, and board members were asked to create the Problem Statement. What is the current crisis we’re facing? The statement should excite and provoke.
​
After much brainstorming and discussion, a common theme surfaced. Powerful sentiments like “The system encourages or condones inequality,”  “We live in systems that perpetuate inequality,” “People struggling with poverty are not valued as human beings,” and “There’s a war against the poor!” all spoke to the widening economic inequality in San Francisco. Finally, after over a month of wordsmithing and input from our staff and participants, we had our problem statement:

Relentless economic inequality in San Francisco robs people of the opportunity to live a life of dignity and self-determination and threatens our shared humanity.

During the months that followed, the workgroup conducted several feedback sessions with staff, participants, shelter residents, and board members to develop the Anticipated Changes by asking the question, “If this is the problem, how will we know when it’s resolved?”

The Anticipated Changes need to be specific observable changes that indicate the problem is being solved. The statements should represent an envisioned future that are both larger than what Hospitality House can achieve as an individual organization AND something that Hospitality House will actively contribute to in selecting and designing the agency’s programs.

In the face of the City’s challenges, Hospitality House’s Anticipated Changes include preserving our Tenderloin, Sixth Street, and Mid-Market neighborhoods as places where people struggling with poverty are welcome and can thrive; assuring that our low-income residents have housing and meaningful employment; and building community power such that low-income residents actively participate in making decisions that affect their futures.

How would Hospitality House accomplish this? What are the Organizational Strategies? Grounded in our Core Values and using the same process to obtain feedback, the strategies were crafted to include: building increased capacity for advocacy, organizing, and neighborhood activation; cultivating peer leadership; holding decision-makers accountable;  leveraging power by building community alliances; continuing to use a harm reduction “low-threshold” approach; nurturing self-expression through the creative process;  and helping people raise their voices and speak truth to power.

As we work to implement this new TOC and develop our work plan for the coming year, Hospitality House is counting on our partners, donors, and allies to join with us in support of these ambitious goals. Our work together has never been more critical. We must take bold action during this time of dramatic and lasting change in San Francisco to assure that our vibrant low-income communities are not swallowed up in the process.
​
To view Hospitality House’s Theory of Change document, click HERE

DIRECTOR’S REPORT:
Economic Inequality Drives our Community to Take Action
By Jackie Jenks, Executive Director of Hospitality House
This is the story of so many San Francisco communities, and it especially resonates in the neighborhoods that are home to Hospitality House’s programs. Not only are people still struggling to find affordable places to live, many also suffer from the less tangible effects of displacement – loss of restaurants that serve a low-priced meal, displacement of stores and nonprofits that once served the community, and a realization that that the place they have always depended on for embracing acceptance may be a place they are no longer welcome.

To make matter worse, the peer staff that Hospitality House has proudly employed since our founding almost 50 years ago are among those being driven out of San Francisco by the same economic forces that are displacing so many others. In fact, statistically-speaking, no staff member at Hospitality House meets the income level now needed to afford a place in the city. Those few who remain do so through long-term home ownership or rent control, which is becoming scarcer by the day. The inability of staff to live in the city, and the cost of a commute from more affordable communities such as Stockton, Richmond, or Antioch, makes it increasingly difficult to attract and retain workers, a challenge we share with our nonprofit partners.

Given this new landscape, Hospitality House identified income inequality and its effects on our communities as the single most important issue to be tackled through our new Theory of Change, a one-page strategic framework that will guide the organization’s work and decision-making for the foreseeable future.  In this powerful document, the problem being addressed is boldly stated: “Relentless economic inequality in San Francisco robs people of the opportunity to live a life of dignity and self-determination and threatens our shared humanity.”

More specifics about our Theory of Change, including our newly-articulated core values and organizational strategies, are outlined in this issue, and the document is available in hard copy and on our website. As we move forward with its implementation, we are overwhelmed by the work ahead of us and at the same time energized by the people and organizations who join us in this struggle. Thank you for being on this journey with us. Fasten your seatbelts – this is already shaping up to be a wild ride.

[Read more about Hospitality House’s Theory of Change in the story above this.]

Every election year, we analyze local ballot measures that have a direct impact on our communities. Here are this year’s endorsements:

PROP. A – Affordable Housing Bond: YES! Authorizes the city to issue up to $310 million in bonds to fund affordable housing programs for vulnerable low and middle-income households.

PROP. C – Expenditure Lobbyist: NO! Requires nonprofit organizations – including small community-based groups – to register as expenditure lobbyists with the Ethics Commission, file burdensome monthly disclosures regarding their activities, and pay a $500 fee. This will stifle the voices of already-marginalized communities and will discourage them from civic engagement and participation in public policy debates.

PROP. E – Requirements for Public Meetings: NO! Amends the Sunshine Ordinance by requiring public meetings, testimony and comments be made accessible through electronic and pre-recorded means.  This caters to front groups who will destroy the public process. It will also waste taxpayer dollars, as the city controller estimates that this measure would cost the city an additional $750,000 per year for staffing and operating cost on top of a one-time cost to the city of a minimum of approximately $1.7 million.

PROP. J – Legacy Business Historic Preservation Fund: YES!  Gives incentives to landlords to offer long-term extensions to legacy businesses, including nonprofits. Legacy business are those that have operated for 30+ years, or 20+ if at risk of displacement; those that have contributed to the history or identity of a neighborhood or community; and those with a commitment to maintaining the physical features or traditions of the business.
​
PROP. K – Surplus Public Lands: YES! Amends the current City ordinance that governs the disposition of surplus property. The current ordinance gives preferences to use of surplus property for affordable housing development and housing for homeless people. This measure expands the existing law to prioritize affordable housing when a public agency wishes to sell or lease unused public sites that are appropriate for housing, and setting minimum requirements for housing affordability.
Remember to VOTE on November 3, 2015 (7AM – 8PM) 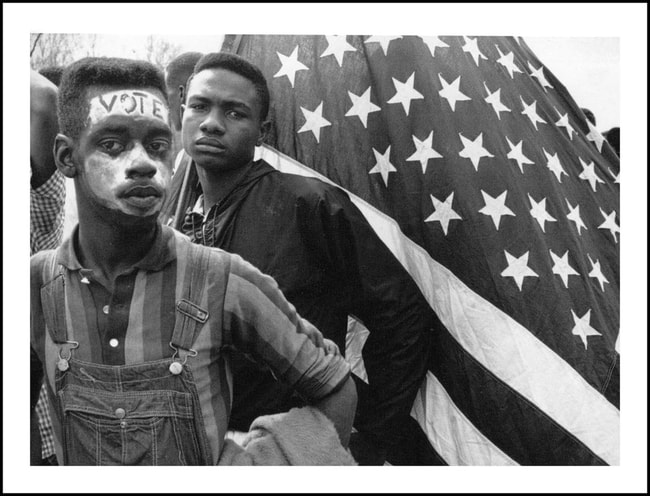 RAISING OUR VOICES, BUILDING COMMUNITY
Beyond addressing the immediate needs of our communities for shelter, housing assistance, substance use and mental health interventions, and employment support, Hospitality House builds community through neighborhood gatherings, access to the arts, community forums, and civic engagement opportunities.

Events this past year (some pictured above) included Showcase Your Talent, Four Corner Fridays, Potluck & Poetry, Stories from the ‘Loin with ACT’s Stage Coach Program, Your City Hall Works for You, Community Organizing Workgroups, Screaming Queens and other documentary screenings, Soundvoice with San Francisco Contemporary Music Players, SRO Mobile Arts Workshops, the Oral NowStories Project, and Community Speak Outs with the Coalition on Homelessness, the Western Regional Advocacy Project, and other community partners.

THE CITY
In this city of power
This city of wealth and fame
The lonely, the destitute
Relegated to the shadows of shame
They stand in on the streets
Yet you do not see
You put on blinders to comfort your conscience
So you can live without a sense of guilt
After all they are only drunks, drug users and worse
Not at all human, any part of your world
Contributing nothing to the society you serve
Or so you think
These are people with ideas, ideals and emotions
People who did not ask for this to happen
No one says I want to be homeless
No one wants to deal with that pain
Who will speak for these masses without a voice?
In the marbled place of power
Who will give the invisible masses a face?
Who will give these people back their respect and dignity?
Who will wipe away their shame?
In this city of power
In this city of wealth and fame

Special thanks to our wonderful Donors and Sponsors
$25,000 +
George H. Sandy Foundation
Zendesk